Bissonnet Municipal Utility District, a political subdivision of the State of Texas, was created by an Order of the Texas Water Rights Commission, now the TCEQ in 1974, and operates as a municipal utility district pursuant to Chapters 49 and 54 of the Texas Water Code. The District contains approximately 544.02 acres of land. The District is located entirely within the extraterritorial jurisdiction of the City of Houston, Texas, approximately 17 miles southwest of the central business district of Houston. The approximate center of the District is located at the intersection of Bissonnet Road and Synott Road. The District is bounded partially (i) on the east and south by the City of Houston, (ii) on the north by a tract of land owned by the Alief Independent School District on which are located Liestman Elementary and Killough Middle Schools, and (iii) on the west by Renn Road Municipal Utility District and by Beechnut Municipal Utility District. The District is located entirely within Harris County, Texas. 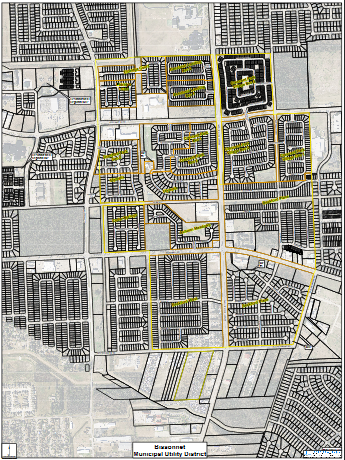 Agenda Packet for current Board meeting can be found on Consultants Reports page.

For persons with questions or needing help regarding website accessibility, or to request the provided information in alternative formats, please call (713) 739-1060.